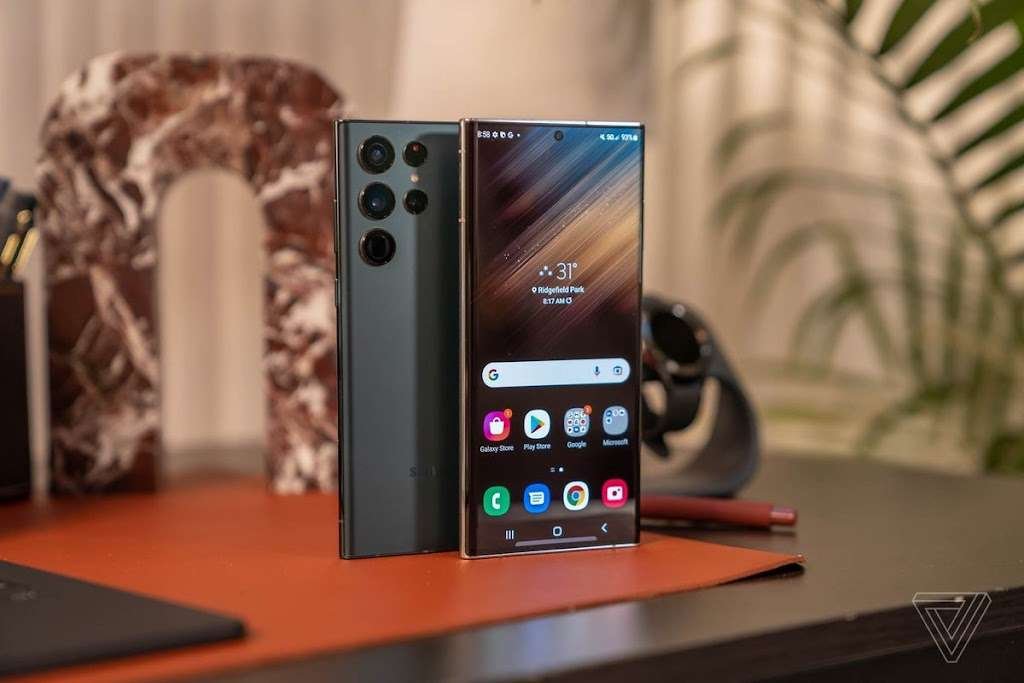 It’s the top-of-the-line model in Samsung’s Galaxy S22 series. As fans would expect, this is the most feature-packed and high-tech model in the 2022 flagship lineup. A lot of great features and functionality are on offer.

Samsung has redesigned its Ultra model to look like a Galaxy Note, you get the resemblance immediately. The Galaxy S22 Ultra has a metal and glass build with a luxurious haze finish for an elegant look and feel. The camera lenses are seamlessly integrated with the glass back. The overall design is streamlined with the signature Galaxy Note sharp angles.

All of the physical buttons are located on the right side of the frame. On the bottom, you’ll find the USB-C port and the speakers. This is also the first Galaxy S smartphone with a built-in S Pen. The stylus can be stored within the device itself.

The Exynos 2200 and Snapdragon 8 Gen 1 are the 4nm chipsets that power the Galaxy S22 Ultra. Chipset availability varies by market. It’s paired with 8 and 12GB of RAM. Samsung is offering internal storage options ranging from 128GB all the way up to 1TB. There is no microSD card slot.

The Exynos 2200 chipset comes with an AMD GPU. This is the first mobile GPU based on Samsung’s collaboration with AMD.

The handset is powered by a 5,000mAh battery with support for up to 45W wired and 15W wireless charging. Wireless PowerShare is also supported. A charger doesn’t ship with the handset in the box.

The Galaxy S22 Ultra has a 6.8-inch QHD+ resolution Dynamic AMOLED 2X display. It has a 120Hz adaptive refresh rate that can go all the way down to 1Hz to save battery life. In Game Mode, the display has a 240Hz touch sampling rate. Samsung has also introduced Vision Booster technology to further improve the high resolution display’s quality.

Since the Galaxy S22 Ultra comes with the S Pen, the display is obviously capable of working with the stylus that ships with the device itself. Gorilla Glass protection ensures that the front panel remains safe from bumps and drops.

The Galaxy S22 Ultra supports 100x Space Zoom with AI Super Resolution technology. There’s a 40-megapixel front camera for selfies. Samsung has made significant improvements to the low-light camera performance on this device.

In addition to four years of One UI and Android OS upgrades, the handset will also get five years of security updates.

Cracking, Patching and Keygens Software Everything You Need To Know

Amazon Alexa – Everything you need to know

Google Assistant – Everything you need to know