Play Store vs App Store – Who is the best ? 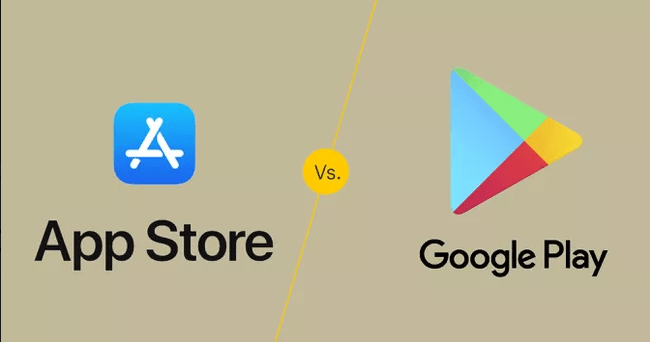 What is Google Play Store?

Google Play has something for everyone !!!

Not to be confused with Google Store or Google Pay.

Android Inc. was purchased by Google in 2005. It is focused on mobile devices and tablets of all kinds.

Google Play is the official store for Android apps, games, music, movies, and e-books. You can download content directly onto an Android device through the Play Store app or send content to a device from the Google Play website.

Note : The Google Play Store app is on every Android device by default regardless of the manufacturer (Samsung, Google, Huawei, Xiaomi, etc).

The benefits of Android:

What is Apple App Store?

The Apple App Store is a digital distribution platform where individuals can buy and download digital software and applications. Apps an abbreviation of the word “applications” are software tools that provide additional functionality to an operating system. Apps purchased from the Apple App Store are stored in the iCloud a cloud storage and cloud computing service from Apple for easy access from any signed-in device.

Apple created the first truly innovative mobile operating system after the introduction of the first iPhone in 2007.

Apps are normally designed to run on a specific operating system such as the contemporary iOS, macOS, Windows or Android but in the past mobile carriers had their own portals for apps and related media content.

For over a decade, the App Store has proved to be a safe and trusted place to discover and download apps. But the App Store is more than just a storefront — it’s an innovative destination focused on bringing you amazing experiences. And a big part of those experiences is ensuring that the apps we offer are held to the highest standards for privacy, security, and content. Because we offer nearly two million apps — and we want you to feel good about using every single one of them.

Some of the main advantages of the App Store applications are as follows:

App Store
The App Store is based on a curated model and Apple has strict standards on what is considered a high-quality, functional app. They don’t allow just anyone who knows how to make an app into their store. Apple follows a severe quality control process in which developers must follow to ensure that they abide by Apple’s stricter guidelines. This process can take less than a week (usually up to 5 business days). Most apps are downloaded free of malware, bugs and inappropriate content for children.

Google Play Store
No one wants a buggy app set to spread malware on their phone, but unfortunately with most Android apps, it’s more likely to happen within the Google Play store. The app reviewing time within the Play Store is noticeably quicker than the App Store, with around 3-5 business days. You have the option of pre-reviewing your app at Goole Play as you can activate pre-launch reports within your Developer Console.  Google has much fewer requirements on the development of apps, which can potentially lead to harmful and malicious downloads as it takes less time to get an app approved by Google.

App Store
With Apple’s high quality standards, there’s less apps (only around 2 million) and less competition to drive the prices of them down. They also charge their developers, $99 a year (£75.35 for us Brits).

Google Play Store
Google apps on average are less expensive and more populated than the Apple Store. There are almost 4 million apps in the Google Play store which drives down the prices. Google offers developers a one-time payment fee of $25 (£19).

App Store
Downloading apps is a much more individual experience with Apple. There are customer reviews but they are not as discoverable as Google. This might be because Apple already assures good-quality apps, but personal recommendations from friends goes a long way. Yes you can share your recommendations on Facebook, but it’s not the same as using the in-house system (if Apple had one).

Google Play Store
Google understands this and puts friends’ personal recommendations and reviews front and centre. You can see which of your friends downloaded which app and if they like it or not. Obviously, this helps make the Google Play Store more social and gives its customers a personal insight on which apps to purchase.

The Apple App Store reigns supreme when it comes to the quality of apps and security. But Google is catching up fast with new overhauls of their mainframe protections. Google Play is overall more friendly to users and developers alike, giving them personal social choices and lower prices for development.

The iOS App Store and the Google Play Store are the big players in the app industry. Both have wide audiences and popular platforms, and both have formed excellent developer resources and user bases.

While Google powers a bigger mobile device market than Apple, the App Store brings in more profits and has more monetization opportunities for developers. Many developers prefer to launch an app first on the App Store, and then create an Android version if all goes well.

Tip : Both the App Store and Google Play Store have excellent developer support resources on marketing, promotion, app launch, monetization, and much more. Taking advantage of these resources will boost your chances of success.