What is a Cryptocurrency Mining and How it Works? 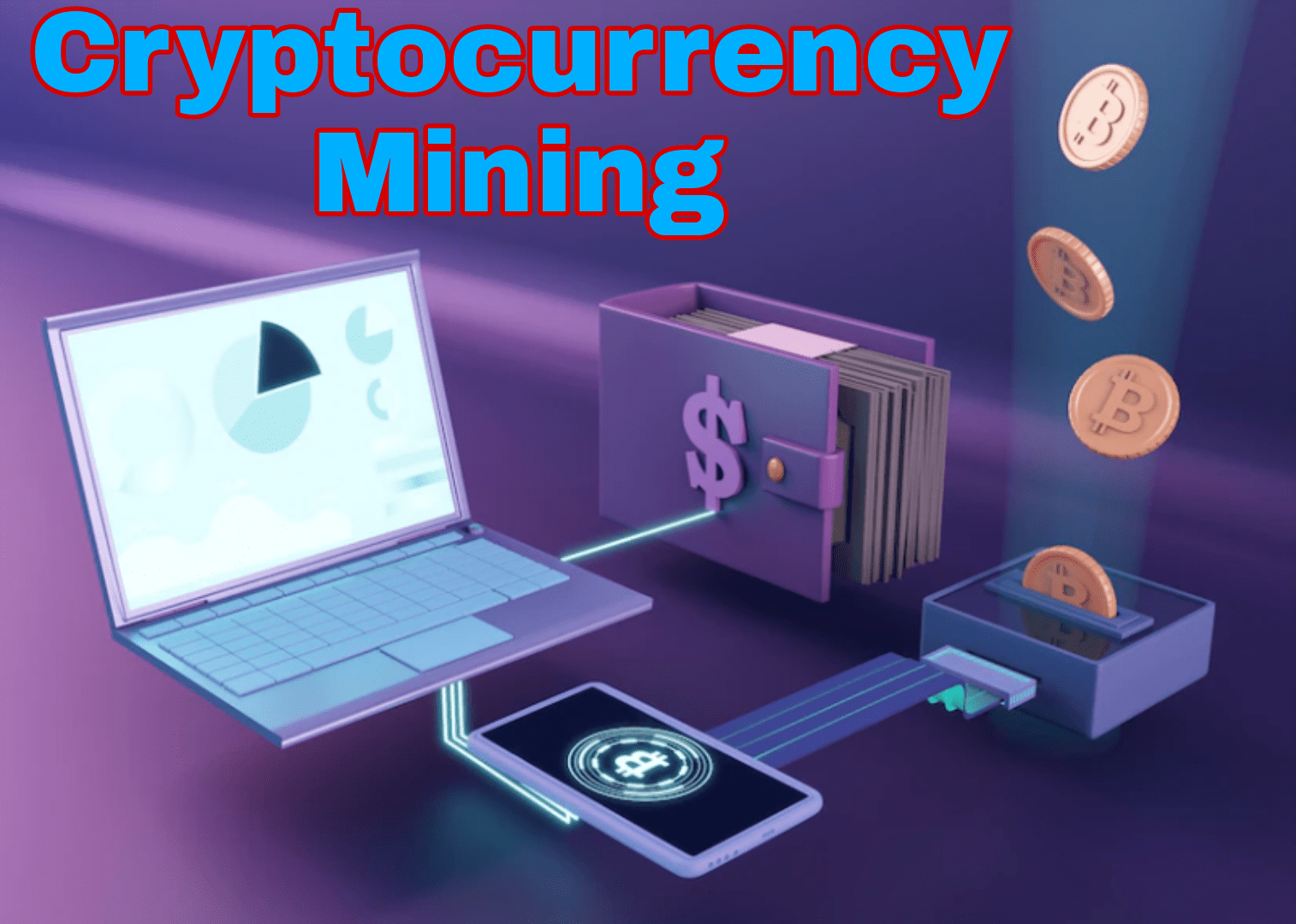 Cryptocurrency Mining is the process of creating coins and verifying transactions and also a way for crypto investors to earn rewards.

What is Cryptocurrency Mining?

Cryptocurrency mining: in simple terms, it’s the process of creating new crypto coins and verifying new transactions. Mining is essential to keeping cryptocurrencies secure since it verifies the blockchain, allows cryptocurrencies to function on decentralized networks, and adds each new coin to a distributed ledger. Mining is most important because it’s how the crypto industry operates without central oversight and prevents digital currencies from being double-spent on a distributed network.

Most people think of crypto mining simply as a way of creating new coins. Crypto mining, however, also involves validating cryptocurrency transactions on a blockchain network and adding them to a distributed ledger.  Most importantly, crypto mining prevents the double-spending of digital currency on a distributed network.

Like physical currencies, when one member spends cryptocurrency, the digital book needs to be updated by debiting one account and crediting the other. However, the challenge of a digital currency is that digital platforms are easily manipulated. The distributed Bitcoin book, therefore, allows only verified miners to update transactions in the digital book. This gives miners the extra responsibility of securing the network at double the cost.

Meanwhile, new coins are being generated to reward miners for their work in securing the grid. Since distributed books do not have a centralized authority, the mining process is crucial to certifying transactions. Therefore, miners are encouraged to secure the network by participating in the transaction validity process that increases their chances of earning new coins.

To ensure that only verified crypto miners can undermine and verify transactions, a consensus working protocol has been established.

In a nutshell, crypto miners verify the legitimacy of transactions in order to reap the rewards of their work in the form of cryptocurrencies. To understand how most cryptocurrency mining works in a more technical sense, you first need to understand the technologies and processes behind it. This includes understanding what blockchain is and how it works.

Traditional cryptocurrencies such as Bitcoin use a decentralized ledger known as blockchain. A blockchain is a series of chained data blocks that contain key pieces of data, including cryptographic hashes. These blocks, which are integral to a blockchain, are groups of data transactions that get added to the end of the ledger. Not only does this add a layer of transparency, but it also serves as an ego inflator when people get to see their transactions being added (chained) to the blockchain. Even though it doesn’t have their names listed on it, it often still evokes a sense of pride and excitement.

What do you need to Start Cryptocurrency Mining ?

Here are the basics you’ll need to start mining coin:

A Step-by-Step Look at the Cryptocurrency Mining Process

Transactions are the basis that a cryptocurrency blockchain is built upon. So, let’s consider the following example to understand how this all comes together:

Let’s say you’re a crypto miner and your friend Andy borrows $5,000 from your other friend Jake to buy a swanky new high-end gaming setup. It’s a top-of-the-line computer that’s decked out with the latest gaming setup accoutrements. (You know, everything from the LED keyboard and gaming mouse to the wide multi-screen display and killer combo headset with mic.) To pay him back, Andy sends him a partial Bitcoin unit. However, for the transaction to complete, it needs to undergo a verification process (more on that shortly).

The next step in the crypto mining process is to bundle all transactions into a list that’s then added to a new, unconfirmed block of data. Continuing with the example of the gaming system transaction, Andy’s Bitcoin payment to Jake would be considered one such transaction.

By adding their transaction to the blockchain (once the verification process is complete), it prevents “double spending” of any cryptocurrencies by keeping a permanent, public record. The record is immutable, meaning it can never be manipulated or altered.

Once enough transactions are added to the block, additional info is added as well, including the header data and hash from the previous block in the chain and a new hash for the new block. What happens here is that the header of the most recent block and a nonce are combined to generate the new hash. This hash gets added to the unconfirmed block and will then need to be verified by a miner node.

In this case, let’s say you’re just lucky enough to be the one to solve it. You send a shout-out to all of the other miners on the network to say that you’ve done it and to have them verify as much.

Miners Verify the Block’s Hash to Ensure the Block Is Legitimate.

In this step of the process, other miners in the network check the veracity of the unconfirmed block by checking the hash.

On the crypto miner’s side of things, this is the time for celebration because the proof of work (PoW) is now complete. The PoW is the time-consuming process of solving the hash and proving to others that you’ve legitimately done so in a way that they can verify.

From the user’s side of things, it basically means that Andy’s transfer of a partial Bitcoin to Jake is now confirmed and will be added to the blockchain as part of the block. Of course, as the most recently confirmed block, the new block gets inserted at the end of the blockchain. This is because blockchain ledgers are chronological in nature and build upon previously published entries.

Roles and Processes Within the Blockchain

There are several key components and processes involved in the creation of a blockchain. For this explanation, we’re going to use Bitcoin as our example:

Most jurisdictions and authorities have not yet enacted laws governing cryptocurrencies, which means that, for most countries, the legality of cryptocurrency mining remains unclear.

According to the Financial Crimes Enforcement Network (FinCEN), crypto miners are considered money transmitters, so they may be subject to the laws governing that activity.
However, with the exception of jurisdictions that have specifically banned cryptocurrency-related activities, very few countries have banned cryptocurrency mining.

Legality of cryptocurrency by country or territory

Beyond safety, you should also consider other factors, from the cost of electricity to the cost of bandwidth, when trying to figure out if it mining will be profitable for you.

How can you Protect Yourself Against Cryptojacking?

Cryptojacking malware is not that much different from any other type of malware. The Cybersecurity and Infrastructure Security Agency (CISA) published a long list of tips to protect your devices with technical details, but here are the basics to avoid getting infected by a cryptojacking cyberattack.

Legal and Illegal Crypto Mining – What are the differences?

Crypto Mining is an extremely complex, resource-intensive – and therefore expensive – process. While in the early days of Bitcoin and Co. it was sufficient to use your own PC to mine the coveted online money, the situation today is different. Since the value of the cryptocurrency decreases with the increasing amount of units generated, a so-called “halving” takes place at regular intervals. This ensures that from a certain point in time it is twice as time-consuming to generate a unit of a crypto currency.

This measure is necessary because otherwise inflation would occur. Conversely, this means that more and more computing power is required to generate the unit of a cryptocurrency. The power consumption and the wear and tear on the hardware are increasing rapidly. Digging with one’s own computer simply becomes unprofitable. Resourceful Crypto Miners soon began looking for new ways to mine crypto currencies more profitably.

Entire industries have already developed in these countries, some of which are now a problem for the stability of the national power supply. Iceland has already experienced an energy shortage due to the rapid increase in crypto mining activities.

The consequences: A significant shortage of the sought after commodity and increasingly expensive production An almost free, but also illegal method is the generation of cryptocurrencies with the help of a botnet. The aim here is to make as many computers as possible part of such a network and have them mine crypto currencies in a network. The generated units are then credited to the cybercriminals wallet.